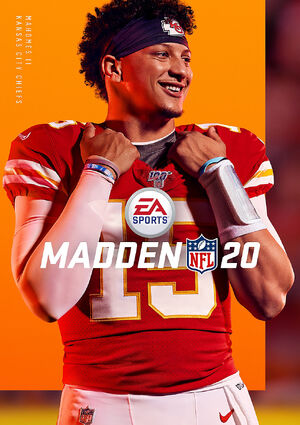 The soundtrack was revealed on July 23, 2019. The soundtrack includes 22 original tracks written specifically for the game, a first for the Madden franchise. The orchestral themes from Madden NFL 13 return as additional menu music, turned off by default in EA Trax.

Any song with an asterisk can be played while the game is being installed.

Retrieved from "https://vgost.fandom.com/wiki/Madden_NFL_20?oldid=40774"
Community content is available under CC-BY-SA unless otherwise noted.