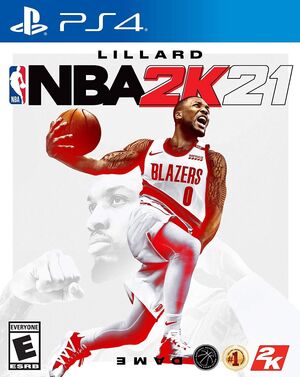 On November 12, 2020, rapper 2 Chainz premiered five songs from his upcoming album So Help Me God in the game.[1]

2K and UnitedMasters officially reached the halfway point of their 2K Beats: The Search competition and have selected 10 artists to join the NBA 2K21 next gen soundtrack.

The winners, based off of over 13,000 submissions, were chosen by Rapper Jadakiss, Ronnie 2K, Producers Murda Beatz and Tay Keith. The following artists and tracks will be added to the next gen NBA 2K21 soundtrack in an upcoming patch.

Community content is available under CC-BY-SA unless otherwise noted.
Advertisement