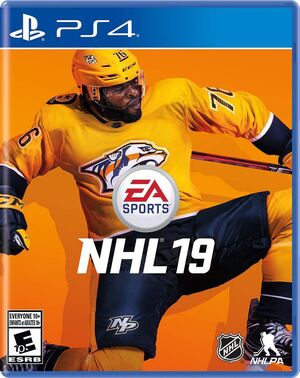 NHL 19 is a 2018 ice hockey game in the NHL series, developed by EA Vancouver.

The original instrumental orchestral-rock score originally composed by Joshua R. Mosley of Sonic Fuel from NHL 15 returns as menu music and can be adjusted by changing the Menu Music settings to NHL 19 Theme. The following songs play in the main menu if the setting is set to NHL 19 Soundtrack.

* = Plays in the menus if system language is set to Finnish, Swedish, Norwegian or Danish.

Community content is available under CC-BY-SA unless otherwise noted.