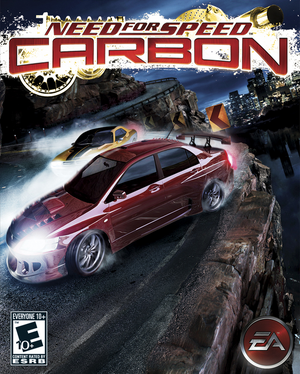 The game soundtrack plays depending on the class of the car the player is driving, however, the player can let any song play regardless of car class by setting the EA Trax Setting to Play All Trax instead of Gameplay Specific. The menu music is an original score composed by Ekstrak, and changes based on the currently displayed car's type (Exotic, Tuner, Muscle)

The licensed soundtrack plays during Checkpoint races and Career Freeroam. However, a mod exists to allow them to play during regular races.

Retrieved from "https://vgost.fandom.com/wiki/Need_for_Speed:_Carbon?oldid=39174"
Community content is available under CC-BY-SA unless otherwise noted.