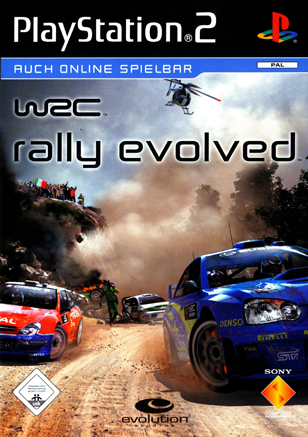 WRC Rally Evolved is a WRC licensed racing game based on the 2005 WRC season. The game is developed by Evolution Studios and published by Sony Computer Entertainment. This game is released on Europe only on October 28, 2005 on playstation 2 only. The game include Single Player, Multi-Player, Online (not supported anymore) Championship, Rally Cross, Historic Challange, and a bunch more. There game have S1600 class and WRC class. The game included 2005 class cars. One track included 3 rally stages.

Retrieved from "https://vgost.fandom.com/wiki/WRC:_Rally_Evolved?oldid=42692"
Community content is available under CC-BY-SA unless otherwise noted.